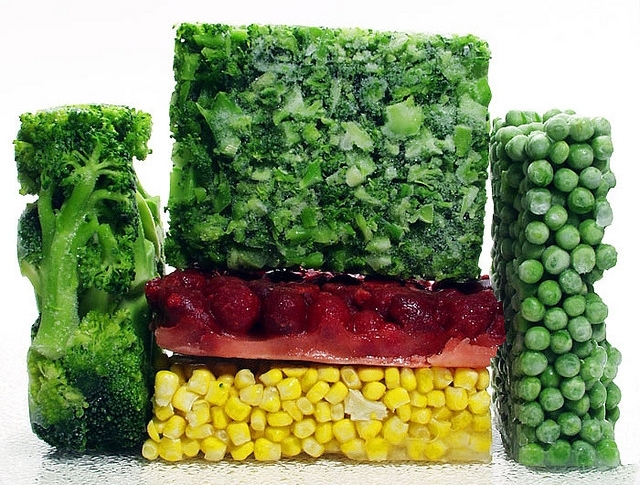 The shock freezing is one of popular modern ways of preservation of food which is the only thing, not defiant changes of a chemical composition and structure of food. At its correct implementation products practically differ in nothing from fresh after thawing. Properties of freezing of liquid are the cornerstone of this method.

In fact, the shock freezing represents cooling of foodstuff with a speed at which there is an effect of microcrystallization of moisture. This process to similarly simple freezing is also followed by formation of crystals of ice, however at the same time their volume does not increase in relation to the initial volume of liquid substance. The main criterion of microcrystallization of moisture is not temperature condition, but freezing speed.

In particular, under conditions of usual freezing the formed crystals of ice are characterized by the big size in comparison with water molecules. Thus moisture which freezes in a product destroys structure of food at the expense of the bigger volume of ice crystals. As a result when thawing the product frozen in the traditional way gets out of a shape, and together with it and many valuable properties.

At a shock freezing formation of crystals of ice of the size identical with water molecules is observed. At the same time the structure of a product does not collapse at all, and after defrosting in food initial properties completely remain.

Speaking about a shock freezing, it is talked not about any concrete set of processing equipment - the most important is achievement of result of microcrystallization of moisture. For this reason it is carried out in a usual deep freeze or made by cooling with liquid nitrogen — always depends on each concrete situation.

In modern practice the range of foodstuff which is exposed to preservation by means of fast freezing or a shock freezing is extremely wide. And in each country, first of all, the food characteristic and specific to this region, climate and even traditions are made.

Recently especially intensively there is a development of the quick-frozen fruits, berries, vegetables, melon, greens and combinations from them. Besides, subject to a shock freezing ready first and second courses, bulochno-confectionery, pies and cakes. Among consumers the quick-frozen semi-finished products (fish, meat and others) in the form of beefsteaks, steaks, hamburgers, sticks, cutlets, vareniki and pelmeni enjoy popularity. From sweet the range is presented by desserts, juice, puddings, jelly, ice cream and to that to similar.

Stable demand and the increasing interest of modern consumers in products of a fast freezing it is quite explainable, at such products the mass of advantages is had. First of all, such food is almost completely free from inedible inclusions. In essence, products after a shock freezing "are waste-free" (except packing), they almost do not differ from fresh, keep all initial, natural properties. In addition, in essence, they are diyetichna, konditsionna, are packaged and dosed.

It is extremely convenient for the simple consumer while for trade and public catering such quick-frozen products at all strategichen. They do not require attention at storage and are always ready to the use. It should be noted that the similar food demands the minimum time and labor costs for its preparation.

One more important factor it is possible to call also that at the quick-frozen products periods of storage are much higher in comparison with the food raw materials frozen in ordinary cameras. Even at long storage the quick-frozen products are capable to keep the qualities better, than fresh. Thus, due to use of technology of a shock freezing safety of many qualities of fresh products is ensured and it becomes much better than other methods of preparation and storage.